Osteosarcoma in dogs symptoms can vary, but they’re generally among the easiest to spot once it has progressed. The most common type of bone cancer in dogs today is osteosarcoma. Although osteosarcoma can develop anywhere on the body, it generally starts in one of the dog’s limbs near the elbow and progresses to the knee.

Osteosarcoma, or OSA for short, is an aggressive malignancy that spreads swiftly. If you suspect your dog has OSA, schedule an appointment with a veterinarian to determine the best course of action (if diagnosed).

Osteosarcoma in dogs is most commonly detected in the metaphysis, which is the region of the bone that connects the two ends of the bone. This is significant since it is here that the bone receives its whole blood supply and where cells can grow the fastest. Other cancer types are frequently discovered at the diaphysis (middle of the bone).

When searching for osteosarcoma, the first places an oncologist would check include:

Osteosarcoma in dogs can result in excessive bone growth, bone breakdown, or both. OSA can be seen on X-rays, but it’s often misdiagnosed as a fungal or bacterial illness since they look so similar. If a bone biopsy or aspiration is not advised, it is necessary to seek one to ensure a definitive diagnosis of either osteosarcoma or Osteomyelitis.

What Causes Bone Cancer in Dogs

The exact cause of Osteosarcoma is yet to be identified. A genetic or inherited problem, for example, or the hypothesis that microfractures, due to a dog’s size, could result in constant stress and injury, resulting in chronic inflammation and bone growth, are among the theories.

When inflammation isn’t constant, it can help the body heal, but when it is, the body creates an environment that encourages increased cell development (tumors), genomic instability, and angiogenesis (the production of new blood vessels to feed cancer).

The breed itself isn’t regarded to be the only deciding factor. The size and weight of a dog, though, may play an impact. Larger dogs may have a higher risk of acquiring bone-related diseases such as osteosarcoma since their bones expanded faster and had to carry a heavier weight on a daily basis.

Because the dog may be asymptomatic at first, osteosarcoma typically stays undiscovered for a long time. A dog may begin to limp or refuse to put any weight on one of his or her legs as cancer spreads.

NOTE: If your dog has been diagnosed with OSA and you were not aware of it before symptoms of osteosarcoma in dogs appeared, don’t blame or criticize yourself. With this sort of cancer, many pet parents carry a heavy burden, but there is no way to tell what was going on within your dog’s body until the symptoms appear. Concentrate your efforts on deciding what to do next and making decisions that you are confident in.

As previously stated, X-rays are frequently used to diagnose OSA; however, X-rays alone cannot provide a clear diagnosis because fungal/bacterial infections can provide comparable results if there isn’t yet a tumor. Your veterinarian will likely examine other parts of the body to see if there is any evidence of metastasis in the lungs, as well as order basic blood work for review.

Because of the aggressiveness of this malignancy, if OSA is suspected from radiographs, a conclusive test such as a biopsy or aspirate may be avoided, and amputation may be recommended right away.

Some vets choose not to proceed with the amputation right away, or pet parents may prefer a tumor sample to confirm the presence of osteosarcoma. For personal or financial reasons, these pet parents may opt not to treat cancer, or they may want to try to save the limb.

If pet parents desire a definitive diagnosis after X-rays, your veterinarian may offer an aspirate or a biopsy of the affected area, depending on the pet parents’ preferences. When a bone is aspirated or a biopsy is conducted, the procedure is carried out under sedation. Both the doctor and the pet parent should thoroughly analyze the choices before deciding on the best course of action.

Conventional Treatment for Osteosarcoma in Dogs

Controlling the potentially malignant tumor is the primary goal in the absence of a definitive diagnosis. Traditional veterinarians would frequently propose amputation to limit the spread of cancer cells, even if a definite diagnosis had been made.

After that, chemotherapy is frequently prescribed in traditional medicine to prevent further metastasis (spread) if cancer has been firmly confirmed. In addition to surgery and chemotherapy, radiation therapy may be considered to further fight cancer cells that have spread throughout the body.

Holistic Methods for Osteosarcoma in Dogs

The first item on a holistic veterinarian’s agenda to consider when reviewing a cancer case from an alternative perspective (after examining the traditional choices) is diet. The purpose of nutrition is to establish an environment in which cancer cells are effectively starved while the immune system is strengthened. The next step is usually to look into the herbs and/or vitamins that might be beneficial to your dog.

Nutrition for Dogs with Cancer

Finding the right balance in the diet may be difficult at first as each dog has a unique body, and therefore unique requirements, but it is important in the fighting and recovery process. If their prognosis is not looking good, a well-balanced diet with optimal nutrients may provide significantly more time.

Cancer cells have a sweet tooth and a strong desire for sugar. As a result, carbohydrate consumption should be restricted. A typical cancer diet is strong in protein, moderate to high in fat, and low in carbohydrates.

Certain fats have been shown to be beneficial in the battle against cancer. Omega-3 fatty acids, such as those present in fish, have been demonstrated to reduce inflammation and lengthen survival time in the body. Sardines, anchovies, mackerel, phytoplankton, and hemp seed oil are examples of foods high in Omega-3 fatty acids.

It’s critical to avoid omega-6 fatty acids as much as possible. Omega-6 fatty acids increase inflammation, which promotes cancer growth. Omega-6 also encourages cancer cells by activating the PI kinase pathway. Corn, vegetable oil, and lard are all high in omega-6. These are just a few of the harmful substances included in commercial kibble.

Dog nutrition has been shown to be an important element in the fight against cancer. Nutrition has the ability to prevent metastasis (spread) and can be used in conjunction with other cancer treatments. Not only does the appropriate diet starve cancer, but it also boosts a dog’s immune system, improves how they respond to chemotherapy, and lessens the side effects of both chemo and radiation.

The turkey tail fungus is a medicinal mushroom with a wide range of uses. Turkey tail mushrooms are high in antioxidants and other substances that help strengthen the immune system and fight cancer. Turkey tail also enhances immunity by improving gut-bacteria balance in the gastrointestinal tract.

PSK and CVG are chemicals found in turkey tail mushrooms that may inhibit the growth of certain cancers. CVG, or Coriolus versicolor glucan, has been shown to inhibit tumor growth.

The ultimate goal of Traditional Chinese Veterinary Medicine, or TCM, is to treat cancer while maintaining the quality of life. Acupuncture, for example, is a part of TCM and has been demonstrated to improve overall well-being, hunger, nausea suppression, and pain reduction. Herbal treatments also boost cancer-fighting properties.

Acupuncture is described as a series of methods involving the stimulation of anatomical areas on the skin by a variety of techniques, according to the NIH Consensus Conference. The most well-studied method of stimulating acupuncture points is to penetrate the skin with thin, solid, metallic needles that are manually or electrically manipulated.

Currently, Traditional Chinese Medicine (TCM) serves as the most prominent theoretical framework driving the clinical practice of acupuncture in the United States, in which clinical judgments are mostly based on the distinctive clinical patterns that conform to TCM theory, according to research.

Ozone treatment is another up-and-coming therapeutic alternative that has recently received a lot of attention. Ozone is a type of activated oxygen that has been shown to treat and/or ease a wide range of acute and chronic illnesses. It works by increasing cellular energy levels, among other things.

It kills germs and boosts the immune system’s response. Under the supervision of a veterinarian, it can be applied topically, rectally, and injected into the bloodstream and local tissue. Furthermore, it has few to no negative effects, similar to cannabis.

Because there is currently limited scientific research on the topic, some veterinarians support hyperbaric oxygen therapy, while others oppose it. Although the benefits have not been scientifically established or published in the scientific literature, there have been no complaints or unfavorable comments on the subject.

Hyperbaric oxygen therapy (HBOT) is defined as the administration of 100 percent oxygen at a pressure higher than atmospheric pressure. While the pressure is larger than the scientific standard of 1 atmosphere absolute, the patient breathes this oxygen (ATA). Radiation-induced wounds are chronic, non-healing, and graft take is poor. HBOT has proven to be an effective complement in the treatment of late radiation problems.

Combining traditional and alternative care gives pets all of the skills they need, but deciding which methods to use can be difficult. Every dog is different, and as a result, they will have distinct requirements. Consider the options you believe will be most effective in achieving your goals when deciding what is best for your dog.

Is it your desire to be more comfortable in these final days? Is your goal to solve the problem so that you can enjoy your dog for years to come? What is the age of your dog? How far along has her cancer progressed? You should not be afraid to use drugs when they are required; in fact, there are occasions when they are required.

During times of cancer, a mixture or diversity of approaches that may be able to enhance one another should be explored and incorporated in order to obtain the best possible outcome and provide your pet with the highest possible quality of life. 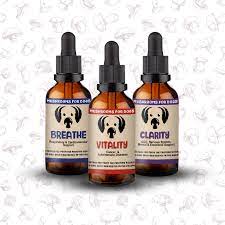 The immunotherapy of canine osteosarcoma: a historical and systematic review

What do we know about canine osteosarcoma treatment? Review

Recent Advances in the Discovery of Biomarkers for Canine Osteosarcoma

9 thoughts on “Osteosarcoma in Dogs Symptoms”